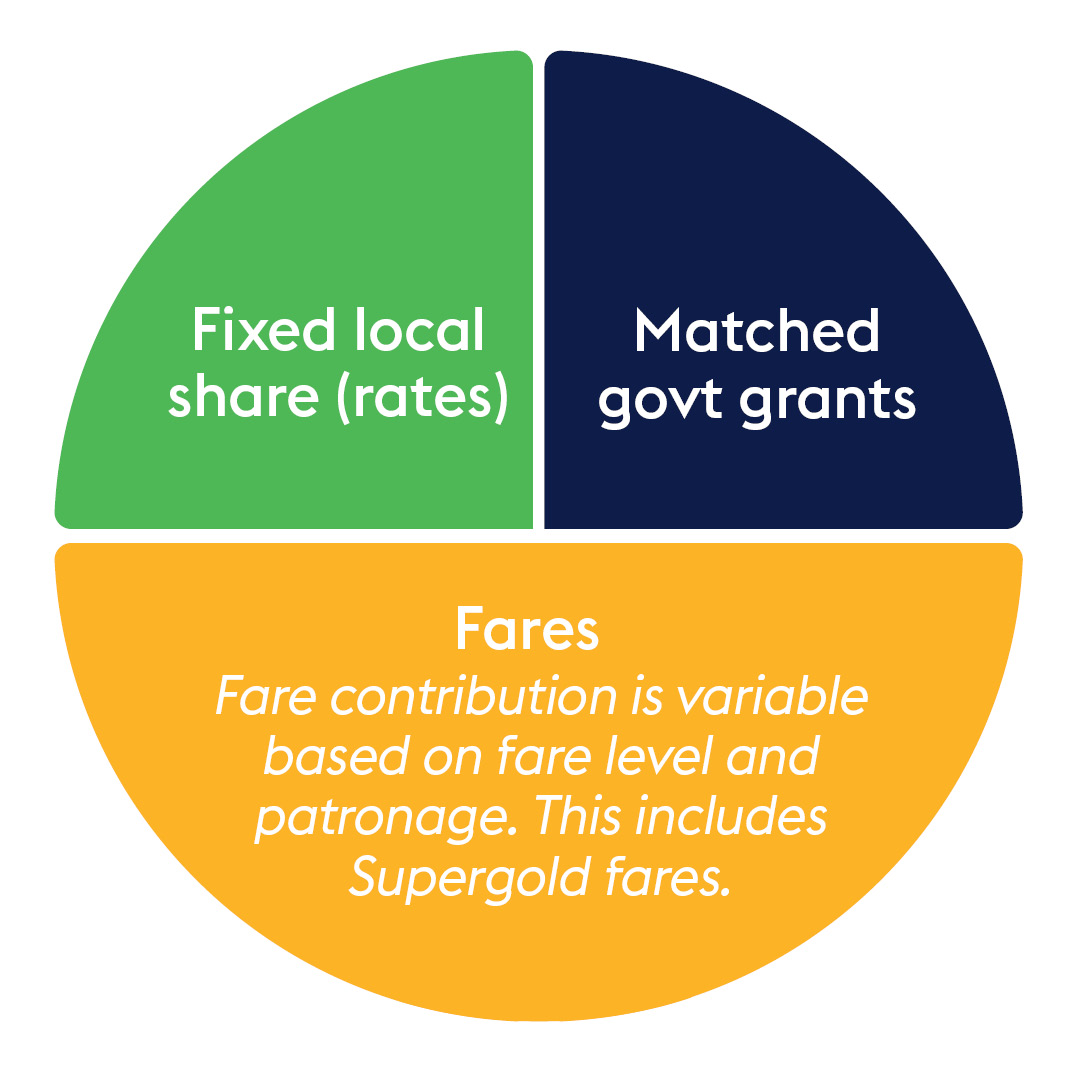 Fares from users: Fares for the proposed new service would be the same as Metro fares for the existing Blue Line and 95 services.

To find out what rate you currently pay, see your latest rates bill or head to waimakariri.govt.nz.

We have suggested two different options for the direct bus service, which would require different levels of funding from rates.

Four trips from both Rangiora and Kaiapoi into central Christchurch in the morning, and five back in the afternoon. This is the level of service we believe is needed for it to be successful by offering enough different travel time options to make it attractive for as many people as possible.

Three trips from both Rangiora and Kaiapoi into Christchurch in the morning, and three back in the afternoon. This is the minimum number of trips we believe should be considered, as anything lower would be unlikely to be successful.