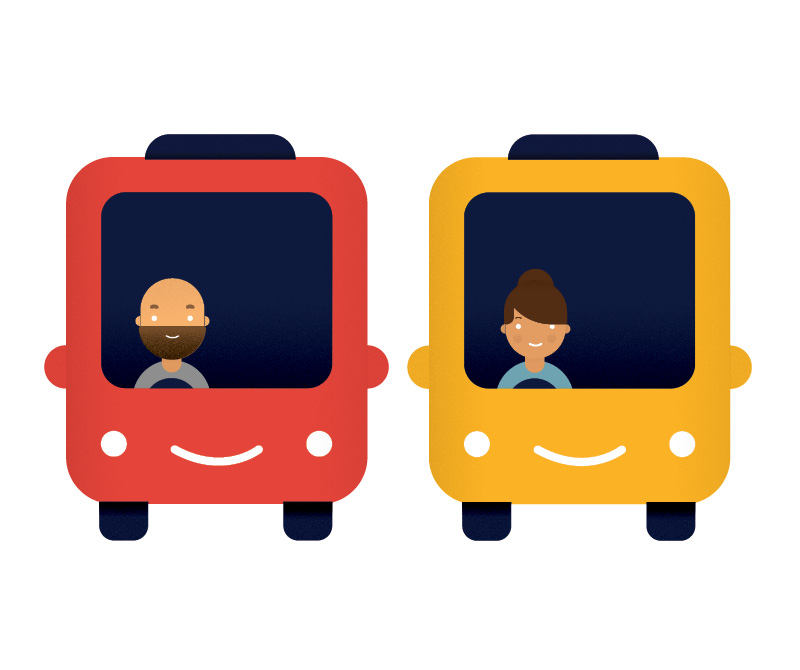 We are considering running between 3-4 trips from Rangiora and the same from Kaiapoi, travelling direct from the Park & Ride facilities to the central city on weekday mornings, with at least the same number of trips back to each Park & Ride location in the afternoons. The Rangiora and Kaiapoi buses would be separate – meaning that Rangiora passengers would not travel via Kaiapoi like the Blue Line service does.

The Park & Ride locations will be open to residents outside of the Rangiora and Kaiapoi townships who would like to use the direct bus service. For example, if you live in the Pegasus and Woodend areas, or somewhere along or near Tram Road, you could park your vehicle at one of the Kaiapoi Park & Ride locations and take the direct bus service to central Christchurch.

The route to the city taken by these services would be flexible – the drivers would take the quickest way available, depending on traffic at the time.

These services would be dedicated for Park & Ride users – this means you can use them if you are parking your car there, but also if you choose to walk, cycle, or be dropped off at the facility. The bus would pick up passengers at the Park & Ride locations and travel directly to the central city. No other bus stops within Rangiora or Kaiapoi, or elsewhere along the route, would be serviced. The same applies for the journey home – services would leave the central city from dedicated stops, and travel directly to the Park & Ride facilities, not stopping anywhere else along the way.

Once the bus arrives at the city, the first drop-off points would be south of Kilmore Street. There would be a maximum of three drop-off and pick-up points in the central city. We’d like to know which of the proposed stop options you’d like to get off the bus in the morning and back on at the end of the day. The stops will be in the same location for drop-offs and pickups. 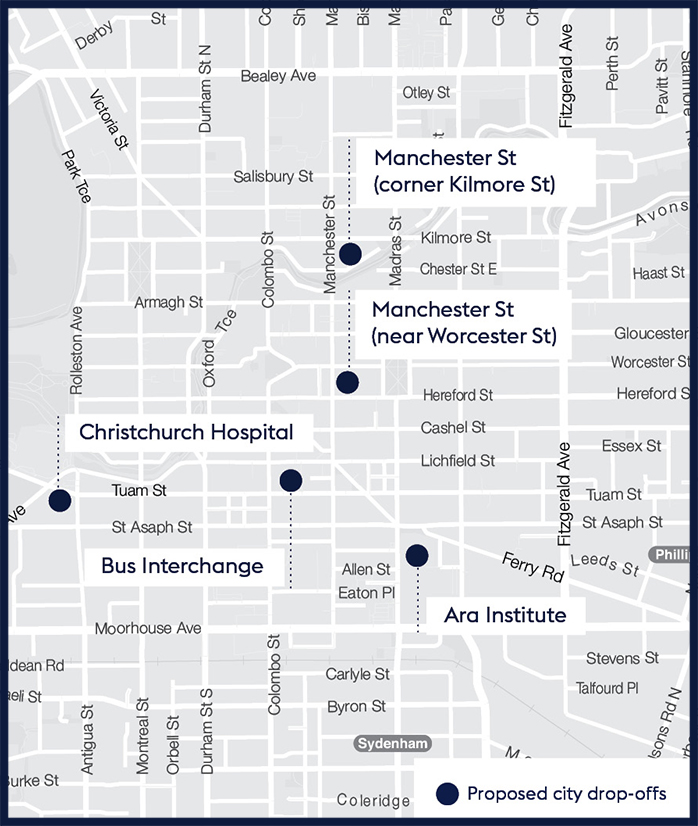 The Park & Ride locations in Rangiora and Kaiapoi would also be serviced by Metro buses so that Park & Ride users are able to get back or near to their vehicles at times outside of the direct commuter bus operating hours if needed. Passengers who prefer to take the Metro services can use the Park & Ride facilities as well.