Please review and manage the Cookie settings below. Apart from 'Strictly necessary cookies', you can change other cookie settings if present, at any time by clicking the 'Cookie Settings' link in the footer of the page.

What is being proposed?

Council explored a number of representation options available to it under the Local Electoral Act 2001, and ended up supporting an initial proposal for a 13-member council elected from 7 constituencies.

The following proposed Maori names have been developed in consultation with Te Rūnanga o Ngai Tahu and Papatipu Rūnanga.


Proposed number of councillors per constituency

In the proposal all the boundaries align with territorial authority and city ward boundaries, and the membership make up from the total of 13 members is that each constituency will comprise 2 members each (except for South Canterbury that has 1 member). 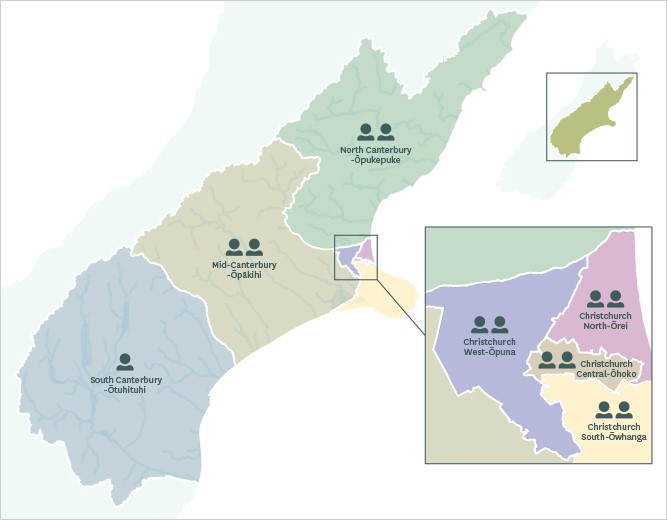