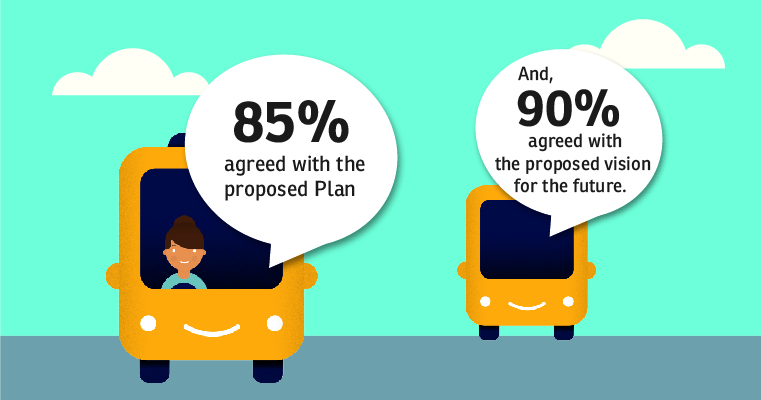 Following the hearings, the hearings panel compiled a summary of the submissions and a series of recommended changes to the draft Plan, which will be put forward to the Greater Christchurch Public Transport Joint Committee at its meeting on Monday December 3.

The Joint Committee will consider these recommendations before approving the plan and putting it forward to the Environment Canterbury Council for consideration and adoption at its council meeting on Thursday December 13.

The key themes that came through in submissions and the recommended changes are listed below. You can read the full report here.

There was a strong theme from submitters on the role of rail-based solutions in the draft Plan. The draft Plan includes providing for rapid transit in its future vision and no single mode of transport is preferred or ruled out.
The NZ Transport Agency, Christchurch City Council, Environment Canterbury, Selwyn District Council and Waimakariri District Council are working together to investigate advanced rapid transit technologies which could include rail, through the Future Public Transport Business Case process.

These requests have all been noted by the hearings panel and referred to Environment Canterbury to be considered as part of the network review process beginning in 2019.

While the majority of submitters generally agreed with the proposed vision for the future, there were some valid suggestions that it does not effectively cater for the vulnerable groups in society such as the elderly and those with disabilities.
The panel recommends the vision is amended to reflect the need for public transport to be inclusive of all members of the community.

The proposed new vision is:

Submitters told us they want a greater commitment from the responsible agencies on the delivery of bus priority measures, noting that increasing bus frequency may not deliver a better public transport service if they are caught in congested traffic.
Supporting infrastructure and bus priority have been included in the draft Plan, and partner agencies are committed to providing bus priority to ensure public transport functions effectively as the system grows. 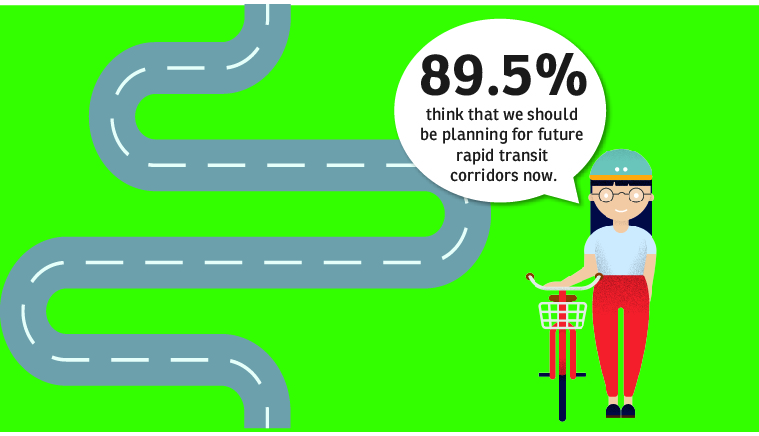 The commitment in the draft Plan to restore a central city shuttle route in the CBD received considerable support in the submissions. There were many different thoughts on how this should be funded and the types of vehicles that should be used.

The Central City Shuttle Business Case will be referred back to the Joint Committee for further investigation, including analysis on funding and route.

The panel endorses an ‘as fast as practicable’ approach to rolling out zero-emission vehicles, taking into consideration limitations around funding and competing considerations. It also notes that the Plan’s focus on achieving higher patronage, encouraging more people out of single occupancy vehicles and into alternatives like public transport, will help to reduce carbon emissions and contribute to environmental outcomes. 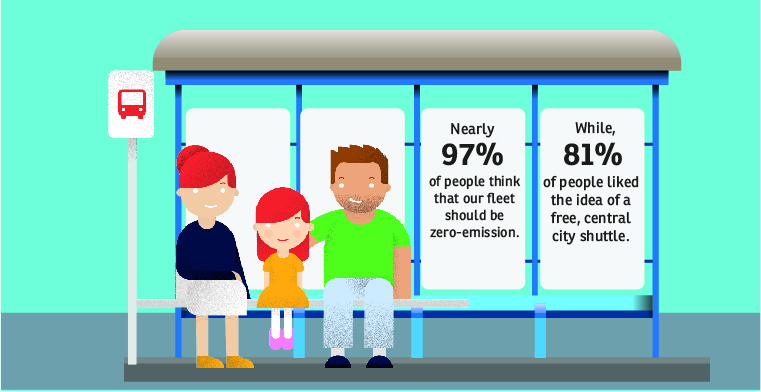 During consultation we heard many different thoughts on which groups are most deserving of cheaper fares such as those with disabilities, lower-income groups and families, and students/youth.

Maintaining fares at the lowest possible rate across the board is a key goal.

The fare review signalled in the draft Plan, to be undertaken within 12 months of adoption, will take a closer look at the approach to fares and concessions. The panel also recommends increasing the age for the child concession to under 19, rather than under 18, to be inclusive of secondary school students who are over 18. Fare changes are subject to annual planning processes.

Funding impacts on the delivery of all the proposals in the draft Plan. How fast we can make this transition will depend on the rate of funding available.
If this future vision is to become a reality, we are going to need substantially more investment from the early 2020s.
The relationship with central government is important to deliver this, and local ratepayer contributions are also vital to provide an improved and better used public transport system.

The above is a condensed summary of the full hearings panel report to the Greater Christchurch Public Transport Joint Committee. You can read the full report here.